The rapid growth in chatbot development has led to growth in the filing of patents. Some are from major companies, some from startups. Some represent major advances in the technology, while others might be easy targets for challenges. Many of them offer hints about the direction chatbots could take in the future. Some may have anticipated practices that are common today, and they could take developers by surprise.

Making it easy to buy things is one of the big attractions of chatbots for businesses. Facebook has applied for a patent on ”Processing payment transactions using artificial intelligence messaging services.” Accepting purchases through a bot is nothing new, but smoothly handling requests is tricky. The bot should recognize purchase requests without much trouble, but it needs to avoid mistakenly identifying them. It has to guide the buyer through providing payment and shipping information.

The approach Facebook describes allows purchases in natural language, ”without requiring the user to follow a rigid set of steps.” The user would be able to give instructions like ”Send it by Priority Mail” or ”Charge it to my MasterCard.” The bot then asks for any specifics (e.g., card number) and clarifications. It may prompt the user for additional details about the product, such as size and color. Before processing the purchase, it will request a final confirmation in order to avoid accidental or incorrect orders. The bot may also suggest other products the user would be interested in, or the user can ask for recommendations.

Accepting credit card numbers means that the bot has to provide PCI-compliant security, and the patent application goes into some detail on this. The bot works with a back-end commerce system to process the purchase.

Buying things through natural language conversation with a computer is sure to become a widespread goal. This patent application bears watching; it could let Facebook collect a lot of licensing fees.

The patent isn’t on chatbot applications, which it presumes already exist. Its main point is to connect a data server to one or more social media applications, explicitly including chatbots. The implementation could create ”a virtual person who can chat, post, etc.” A REST interface lets it obtain data which can be fed to any of the social media applications. With a chatbot adapter, it can look up information and turn it into a response to a question.

The patent application covers the whole range of social media, and it suggests that a single point of control could manage everything from posting upcoming events to handling chatbot questions. It might also serve to claim patent rights over methods of connecting a chatbot to a knowledge base. The use of REST resources is central, and the system described can automatically generate social media bots without making programmers individually code each one.

This isn’t the only way to connect a chatbot (or other social media application) to a knowledge base, but it’s an approach which developers are likely to consider. It might affect other software, even by developers who are unaware of this patent.

Personalizing chatbots can make them more appealing. An application by Makar and Tindall, called ”Dynamic chatbot,” addresses this opportunity. The application was originally assigned to the Delfin Project, but now it belongs to a startup called ”Please Don’t Go.” The name of the invention is ”TeamSalesAgent.” A TeamSalesAgent gets information on the person communicating with the chatbot, which can include demographics and past behavior.

The abstract mentions customization of the appearance of the window, a picture of an agent, and an initial greeting. The bot selects and recommends offers based on the information gathered about the user. The retailer using the bot provides user information, which could include purchase history and geographic location.

Unlike most chatbots, this one is designed to be launched by the hosting system rather than by the user. Its goal is to get customers to continue when they appear to be abandoning a purchase. The bot might ask why customers broke off and direct them to another product.

The chatbot collects information which can later be used for the targeting of ads. Subsequent ads might mention special credit offers or discounts.

The description of the TeamSalesAgent is extensive. Other chatbot creators could independently devise equivalent features. How much similarity would be necessary to constitute patent infringement is a question for lawyers and courts to work out.

There are some related patent applications from the same people. ”Management system for a conversational system” is a currently active patent addressing the operation of the chatbot. It relies on several techniques, including Bayesian probability, natural language parsing, and regular expressions. Part of the idea is to simulate a human sales agent, including conversational pauses and ”agent is typing” messages.

Also related is the patent on ”Automatic message selection with a chatbot.” It’s a follow-up to the patent just mentioned, and it expands on message targeting for customers who have dropped transactions.

Understanding how the user communicates with the chatbot lets it adapt its style. Most chatbots respond in the same way to every user. Mattersight has a patent on ”Personality-based chatbot and methods.” It focuses on voice input but allows other types of input as well.

The outlined system uses ”linguistic algorithms” to determine the personality type. The patent isn’t tied to any specific way of doing this. Suggested methods include keywords, keywords in context, grammar, and psychological behavioral models. The tone and tempo of the user’s voice provide emotional indicators. The system would detect dissatisfaction or stress from the sound of the user’s voice. Personality profiles for logged-in users are stored for later use.

”Personality” generally means a persistent attribute that doesn’t change much from day to day, but the examples in the patent address transient emotional states as well. Users can grow satisfied or frustrated by their interaction with a chatbot, and the proposed scoring module takes indicators of the user’s emotions into account.

The patent mentions biometric input as a possible source of personality data. It’s hard to see how a conversational system could persuade users to wear a heart rate monitor, but perhaps remote health bots could use such inputs to get a better picture of the patient’s state.

A bot can respond to users’ emotions by changing its pace or playing background music. The patent wisely addresses the risk of sounding ”too human, yet not human,” which seriously annoys some people. If the system detects this kind of annoyance, it can back off from pretending to have a human personality. 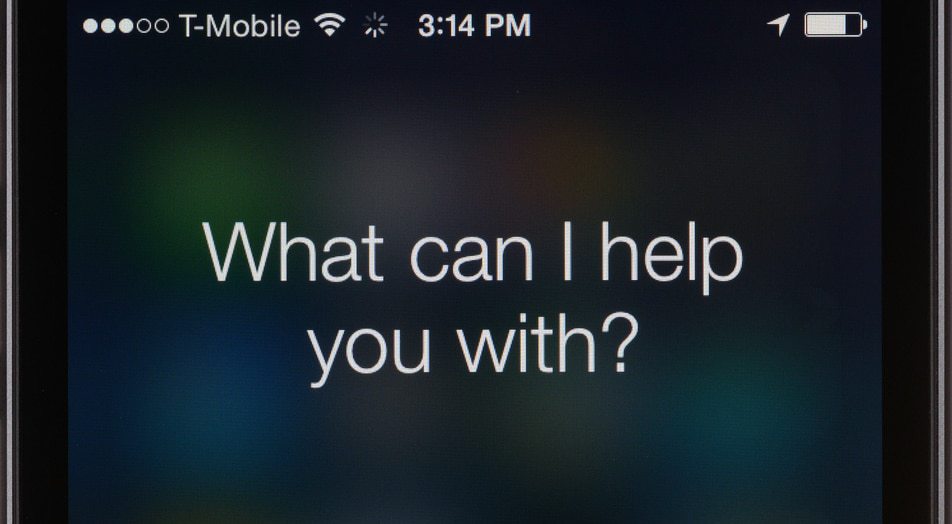 Millions of people carry Apple’s Siri chatbot in their pockets. Apple, naturally, is constantly working on improving it. Its patent application, ”Intelligent automated assistant in a messaging environment,” gives strong indications of where it’s going next.

Talking to Siri isn’t always convenient. The environment could be noisy, or it could be a quiet area where talking is discouraged. The patent application discusses input by text, audio, images, and video. For example, a user could provide a picture of a car and ask, ”What model is this?” Another input discussed is a touch-sensitive screen that measures the intensity of the pressure.

The current version of Siri is stateless; each query gets an answer which is independent of any previous ones. The system which the application describes uses contextual history to allow more useful responses.

User devices can be coupled together. This would be useful for devices with limited memory and communication, such as a smartwatch. It could couple to a Mac or iPhone to take advantage of a more powerful version of Siri or a high-speed network connection. The limited device can send abbreviated requests to the second device, which adds information before passing the request to the remote server.

The application is a long one, and more exciting features will doubtless show up with a careful study. This doesn’t guarantee they’ll all appear in the next iOS release, of course. Apple could conceivably use the patent to make claims against competing personal assistant bots, such as Alexa.

The course which patents take is a complicated one. Not every application gets approved. A patent holder can be aggressive or only go after the clearest infringements. Large companies cross-license their patent portfolios, so in many cases, the patent has little effect on those companies. Smaller competitors have to be more careful.

Apart from the legal issues, the current and applied-for patents in the chatbot industry provide strong indications of where the technology is going. In order to get a patent, the applicant has to disclose details which it might otherwise keep as a trade secret. Patents aren’t easy reading, but they’re a rich source of information on future trends.